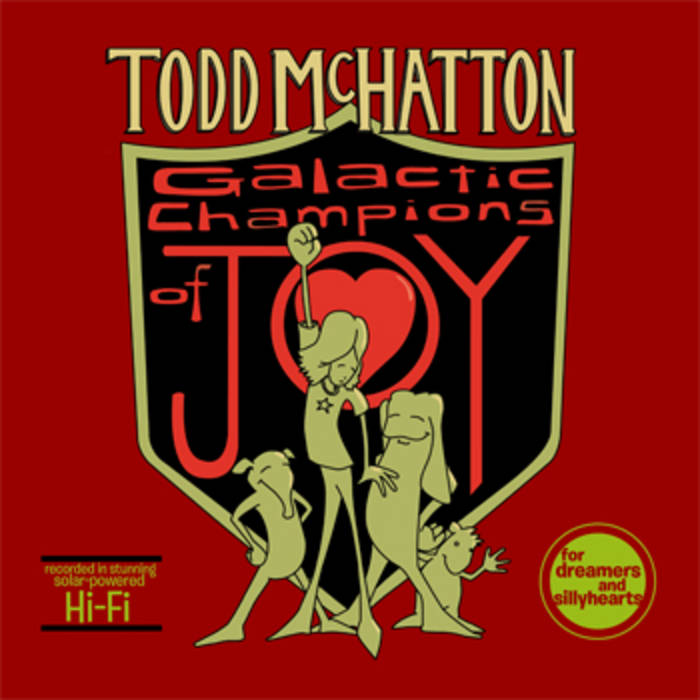 Todd McHatton’s “Galactic Champions of Joy” will reset your expectations for what kid’s music can sound like.
It looks beautiful. It sounds beautiful. It is beautiful. And so are you.
Jeff Bogle - OWTK

Todd McHatton's previous record, Sundays at the Rocket Park, was included on Time Out New York Kids 10 Best Kids Albums of 2010.
Chris Ballew - the awesome force behind The Presidents of the United States of America and Caspar Babypants said about Sundays at the Rocket Park: "This new Todd McHatton album is trippy fantastical brilliant and expansive...like lost b-sides to a "Lucy In The Sky With Diamonds" single...this sounds like the inside of a child's fertile mind."
Now, start an immediate download of his brand new full length album, Galactic Champions of Joy, in your choice of 320k mp3, FLAC, or just about any other format you could possibly desire.

Todd McHatton’s dense, psychedelic pop is unlike any kids’ music you’ve ever heard. The closest approximation might be a cross between Magical Mystery Tour-era Beatles and Harry Nilsson… About.com

Bandcamp Daily  your guide to the world of Bandcamp

Cannibal Corpse's George "Corpsegrinder" Fisher stops by for an interview